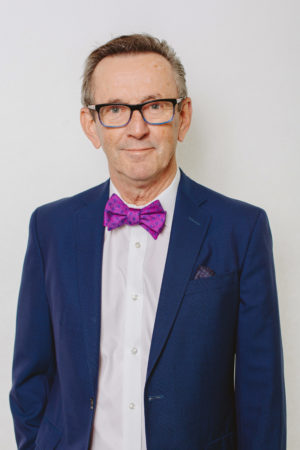 John Masters is an accomplished, innovative and energetic senior leader with over 25 years’ experience in both the not-for-profit and private sectors. John recently retired as the Vice President for Heart & Stroke Foundation, prior to that John was the President and CEO of Innovate Calgary for 17 years.

John, who grew up in Ontario and graduated from Carleton University in Public Administration, joined the Board in December 2013. He was elected Vice-Chair of Operation Eyesight’s Board in June 2019.

“My focus in life at this stage is on giving back, and while I have had the opportunity to be engaged in our city and province, I had not spread my wings into the international development and aid sector. Once I heard the success stories of Operation Eyesight and of the thousands of individuals who have regained their sight over the last 50 years, I could only say ‘yes’ to joining the Board.”

In addition to his Director’s position at Operation Eyesight, John is currently serving on the boards of the Alberta Ballet and cSPACE In 2009, John chaired Calgary’s United Way campaign, raising $55 million. Over the last 15 years he has served on 10 boards, including Alberta Economic Authority, Alberta Science Research Authority, and the Alberta Science and Technology Foundation.

John Masters has a passion for long-distance road cycling, is an avid downhill skier and a lifelong pedestrian golfer. He and his wife Carol have two daughters attending university in Calgary and Vancouver.