Our story began in 1963 when a businessman from Calgary, Canada named Arthur (Art) Jenkyns met Dr. Ben Gullison, a physician who worked at a mission hospital in Sompeta, India. Dr. Ben had come home to Canada seeking funding for his mission work amongst the poorest of the poor. After their meeting, Art was inspired to found Operation Eyesight Universal to raise funds for people needing eye care in India.

Operation Eyesight developed into a partnership between generous Canadians and Indian eye doctors. We later expanded our scope to include regions of Africa and South Asia that did not have publicly-funded health care. Our goal was to provide care by supplying local medical professionals with the training, equipment and facilities they needed.

In the early 1960s, the emphasis of all eyesight-related international NGOs was on the large backlog of cataract cases in India and other developing nations. Operation Eyesight began by funding screening camps (mobile diagnostic clinics), cataract surgeries and training aimed at reducing the backlog. At this time, there were few performance measures beyond the number of cataract surgeries produced collectively by all participating hospitals and clinics.

In 1981, Operation Eyesight began to fund prevention programs, such as immunization, improved nutrition, health clinics, skills training and employment that would address the root causes of blindness. These programs improved general health, thereby reducing the incidence of blindness in underserved, marginalized communities.

The emphasis on cataracts had ignored other eye diseases, such as glaucoma, corneal trauma, trachoma and others, which were going undiagnosed and untreated. By the late 1990s, a model of high quality, comprehensive, sustainable eye care was developed in India under the LV Prasad Eye Institute (LVPEI) in Hyderabad, India. LVPEI demonstrated that a reputation for quality outcomes attracted paying and non-paying patients. Fees from those who could afford the surgery covered the cost of those who could not. This model, which proved to be successful, also featured rigorous cost control and revenue generation from fees to cover annual operating (non-capital) costs.

Equipped with this knowledge, Operation Eyesight transitioned from a charity or aid model to a development model. As such, Operation Eyesight works collaboratively with each of its medical partners to set objectives and develop a practical plan that will ultimately achieve quality, comprehensive, sustainable eye care services. In 2009, we piloted our Hospital-Based Community Eye Health Model. This model successfully eliminates avoidable blindness on a sustainable basis, and we have since scaled it across our countries of work.

As a tribute to Art and his wife Una, the Jenkyns family have rekindled the Art and Una Jenkyns Legacy Fund. Click here to learn how you can help honour their legacy. 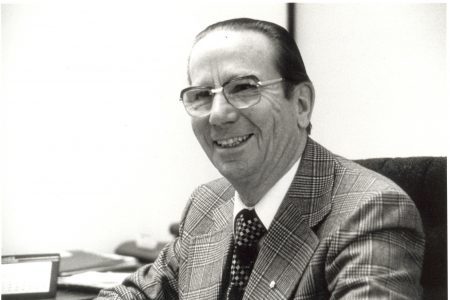 Art Jenkyns’ Legacy of Achievement
“You can’t change the world, but you can change some people’s world.”
Read More 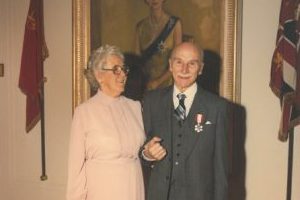 Dr. Ben Gullison’s vision
“The best for the poorest”
Read More
Our News 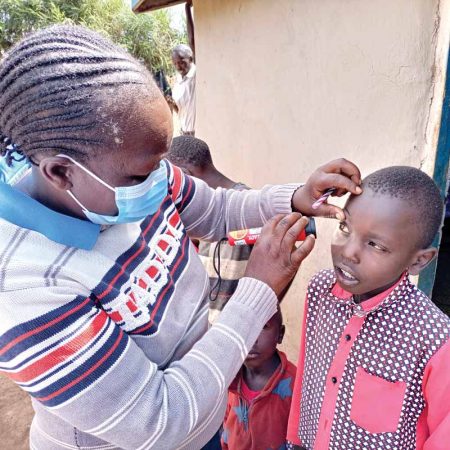 We recruit and train health workers and volunteers from the community, who provide vision screening, referral, health... 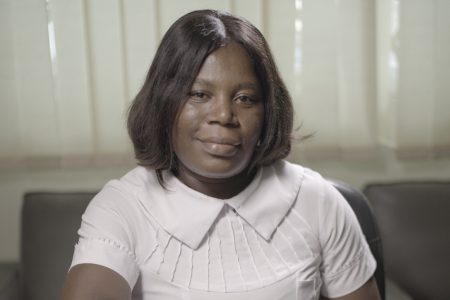 If you ask Joana Annobil what it’s like to pursue a degree in ophthalmic nursing, her answer...