Skip to content
The Gift of Sight for three siblings, the gift of hope for an entire family
December 9, 2021 Elizabeth Roden, Director, Marketing and Communications Kenya 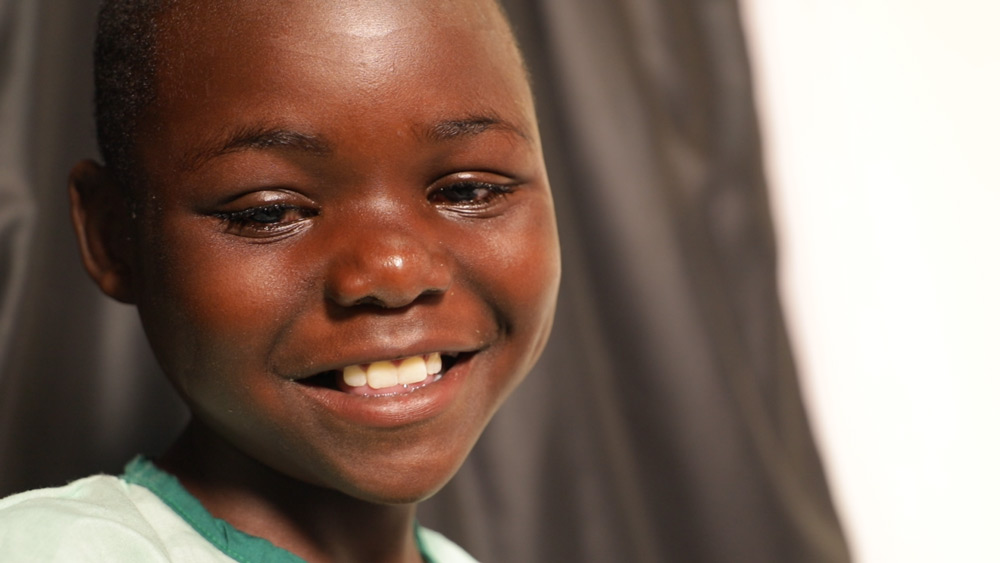 Young Abigael (8) recently received a transformational gift: the Gift of Sight. In August, she had cataract surgery at our partner hospital in Eldoret, Kenya. Our team captured the heartwarming photo above just moments after the bandages covering her eyes had been removed and she was able to see the faces of her mother and siblings clearly for the first time. Soon afterward, Abigael headed outside to play with a hula-hoop and chase a ball around with her little brother, William. She had a big smile on her face as if experiencing these activities for the first time all over again.

To make a happy day even sweeter, Abigael’s little sister, Enock (4), also received cataract surgery. Post-surgery, nestled in her mother’s lap, she eagerly reached for a bright orange ball. It had been a big day for both girls, and no doubt a bit scary at times to be in a new environment and going through surgery, but they were incredibly brave, and their bright eyes took in the world around them with excitement and curiosity.

Little William (6) also had bilateral cataracts and his surgery was originally planned for the same day; however, he wasn’t feeling well, so he had to wait a couple more weeks for his operation. He was so happy when the day finally came for him to have surgery so his eyes could “see well”, just like his sisters’ eyes.

When our Kenya team called the family to check in, all three children were upbeat. Abigael was eager to return to school. She said to her mother, “Now that I see well, please buy me books and a nice bag so I can go and learn.” She wants to be a doctor someday, so she can help treat others.

As for the children’s mother, Naomi, she is relieved and grateful to see her children so happy. “It seemed like a dream come true when I was told my children would be able to get surgery that would restore their sight,” says their mother, Naomi. “I am overjoyed to see them playing happily and independently. I feel proud to be a mother of active children.”

Now that their vision has been restored, Naomi is excited for William and Enock to go to school. She used to wonder if it was even worth sending them to school only to have them struggle and fall behind the way Abigael had. “She keeps shuffling between the blackboard and her desk to read and write,” Naomi had explained when we first met her. “Sometimes when she gets to her desk, she has forgotten what she read on the blackboard.”

“When eating, William has to get so close that his nose touches the plate,” Naomi had explained. As for Enock, sunlight used to torment her young eyes. “I had lost all hope,” Naomi says. “I had resigned myself to staying with the children at home.”

Today, Naomi can finally see a positive and exciting future for her children, thanks to the generosity of donors like you and the support of our program partners.

In June, the family was visited by a community health volunteer named Bernard who told them about Operation Eyesight. Naomi and her husband were hesitant to take the children to the hospital at first. Despite having jobs as casual labourers, they feared the cost of surgery would be out of reach, especially with six kids to provide for. Bernard assured them that all hope was not lost and that there were excellent local doctors supported by Operation Eyesight who wanted to help people in their situation. Arrangements were made for the children to receive treatment at Moi Teaching and Referral Hospital in Eldoret, 84 kilometres away.

There are many families in Kenya and around the world with circumstances similar to Naomi’s family. With your ongoing support, many more children, women and men will receive the Gift of Sight and the gift of hope. Thank you for your generosity!